We need a sense of our own identity

Adopting children from abroad is not straightforward. Sometimes children who appear to have no family are discovered to have a living parent, siblings or extended family. “My Father’s Daughter” by Hannah Pool is the gripping story of a former Guardian journalist, adopted from an orphanage in Eritrea and brought up in England who discovers she has a family she never knew she had.

Countries like Ethiopia and Uganda have tightened their laws to try and prevent this happening.

But what if the child who is to be adopted is from outside the UK but happens to be living here?

In November 2017, I received an email from a mother whose child now lived in England. She lived in Uganda. I know Uganda a little as I helped set up a twinning link between the Huddersfield Law Society and the Uganda Law Society in 2002.

Someone I had met in Kampala had given my contact details to the Ugandan mother who had a remarkable story to tell. In the email she was trying to find out what had happened to her daughter. She told me that her daughter had come to England. Sometimes decisions are made which might make sense at the time but when they go wrong, the implications can be life-changing.  I have learnt there is still an enormous attraction in trying to get a child into England to live and be educated here.

I was naturally intrigued. I contacted her and listened to her story.

The plan had been for the mother to subsequently come to the UK, but events had moved too fast. Her daughter had come to the attention of the authorities. The people she was with had no Parental responsibility for her. She was subject to Care Proceedings which the Mother was not aware of as no one told her about them. A Placement Order had been made. The child had then been placed for adoption at which point the Mother found out what had happened to her daughter.

Despite her being in email correspondence over a period of almost 8 months with both the local authority and the Police requesting information, she feared that her daughter may have been formally adopted. 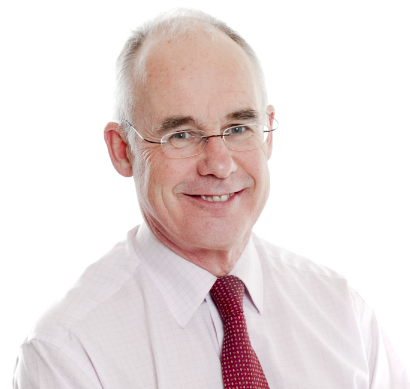 I saw the emails that she had sent and the replies she had received from the Social Worker and the Police. I was shocked. Her daughter had been adopted despite the social worker knowing that her mother wanted her child returned to her care.

Fast forward two years to November 2019. DNA tests had confirmed that my client is the child’s mother. Working with a team of barristers, the case was finally heard in the High Court. Damages were awarded in a claim against the local authority for the significant breaches of the mother’s Human Rights Act. The Official Solicitor is bringing a claim for damages for the child.

Alongside the Human Rights Act claim, the mother applied for contact with her daughter. The Adoption UK website reminds us that “At the moment there is no legal requirement for adoptive families to maintain contact of any kind with their child’s birth family after the adoption order has gone through.” The mother was in a difficult position. There is no concept in Uganda, or indeed in most of the world, of the way adoption is done in the UK, severing the child from her birth family as she starts a new life in her adoptive family.

In this case there is a road map for contact going beyond the letter box contact that occurs in many adoptions. For obvious reasons there is a significant issue of trust to address. It goes both ways. We are wrestling with questions such as: Can meaningful contact develop? Will the child as she grows up want to investigate her roots? What is her true identity? Can the birth mother, the child and the adoptive parents work together to address these issues? The adopters have had to come to terms with my client’s expectations which must have been a challenge for them.

Hannah Pool loved her adoptive parents. She decided to seek out her birth family as she attempted to address the complexity of love, family and identity to understand who she is. She needed to meet her father, her siblings and to see where she was born. She deeply regretted that she only found out about her birth family after she was 18.

My client’s predicament will not be unique. At a time where individuals and families move across the globe and unaccompanied children come to the attention of authorities, to what extent should adoption be part of the solution? The “draconian” nature of adoption in England and Wales may not be fit for purpose in this changing landscape.

Get in touch with us today.

Send us an email